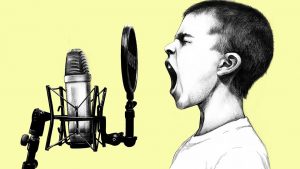 Do a quick search for “Christian heavy metal music” and you will find plenty of people who oppose the genre, including this guy who doesn’t seem to listen to anyone who replies to his post.

What are the main reasons people oppose heavy Christian music? They bring up the origin of heavy metal being rooted in Satanism, which isn’t really the case.

Sure, many of the early metal bands like Black Sabbath and Led Zeppelin were out for a shock effect. They liked the idea of scaring people, but a lot of that came from the massive amount of judgement they got from the masses (mostly Christians) in the first place, because they were different and their music was different.

That’s largely the same today. Dress in all black for a few weeks and see how many people react. It’s obvious that you’re depressed and flirting with Satanism if you dress in all black. There’s not a chance that you simply like the color scheme, right? That’s what many believe.

As Christians, we’re often too quick to find fault in things that can be a pathway to Jesus for many.